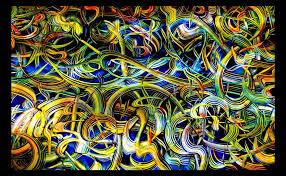 The definition of a Panic Attack: A panic attack is a sudden episode of intense fear that triggers severe physical reactions when there is no real danger or apparent cause.

I was a gymnast for about 7 years of my life and I have been coaching for the past 17 years.  I can honestly say that I am obsessed with gymnastics.  It has been my escape when I needed one and always a place where passion was birthed and fueled.

The American cup is an elite gymnastics competition held each year in March.  Some of the best gymnasts in the world compete in this meet and each year I have watched it on t.v.  It’s an awesome meet to see.  In March of 2012 I was able to attend this meet at Madison Square Garden in New York City, along with my coworkers and some gymnasts from the gym I worked at.  I was very excited to see this meet live and it was a day out on my own that I was looking forward to.  I had an almost 2 year old daughter at home along with my four month old daughter.  Mommy needed a day out.  As much as I looked forward to this day I was anxious about it.  A stadium setting seemed like a breeding ground for my anxiety.  There would be a lot of people, a lot of noise along with the travel into the city; all things that triggered my anxiety.

I cautiously entered the stadium hoping for the best.

By the time I settled into my seat my nerves were on edge.  I was on the slowest line ever to get food and that only allowed me more time to think about my anxiety.  There was a woman next to me on another line that was incredibly obnoxious and loud.  The man behind the counter was moving at snail speed and I just wanted to scream.  I sat back and tried to enjoy the meet.

The meet was really exciting, but somewhere in the middle a dark cloud crept in.  As I watched Gabby Douglas on beam my skin began to tingle and the hair on my arms stood on edge.  “Fuck!”  My heart started racing and my breath grew shallow.  A lump settled in my throat as I tried to focus my eyes.  I was dizzy and afraid that I was going to pass out.  The huge stadium suddenly felt the size of a shoe box.  I felt crowded and suffocated.  It was as if I could hear the conversation being had by each person.  I felt like everyone was screaming in my ears.  I panicked as my body tensed, bracing for some type of disaster to take place.  I moved around nervously in my seat hoping that no one would notice that something was wrong with me.  My gymnasts’ were talking excitedly as they realized that Nastia Liukin’s (she won the all-around gold medal at the 2008 Olympics) father was sitting in front of us.  As I was preparing for the collapse of the stadium, I grew fearful that I was having a heart attack.  I wanted to run away.  I would be so embarrassed if I died in front of my gymnasts.

As soon as I felt the embarrassment I was brought back to reality.  I am not having a heart attack and the stadium is not going to collapse, I am having a panic attack.  No shit.

I began to focus on my breathing and slow it down.  I told myself over and over again that I was not dying, it’s was just a panic attack.  I had been having panic attacks for about ten years so I should have known this easily, but yet each time I let my mind take over and convince myself it was something else.

By the time my heart returned to a normal pace I was spent.  My head hurt, my muscles were cramped, I felt nauseous and dizzy.  My body was damp with sweat and I gave in to the fact that I just let myself ruin the meet. I was ready to go home.

I left the meet a little early to catch the train.  I sat with one of my friends on the way home cursing myself inside my head the whole way home.  I was ashamed that after all these years I was still letting my anxiety win.

If you have never had a panic attack I will tell you this, they suck!

One thought on “Panic Attacks!”